Later in 2017, I was back for the second time with a good friend of mine. I was a little unsure if she would truly appreciate the place, because she is a traveller who’s been to many beautiful places in the country. Though I had an unsure feeling I was still excited for her to see the beauty of our hills. 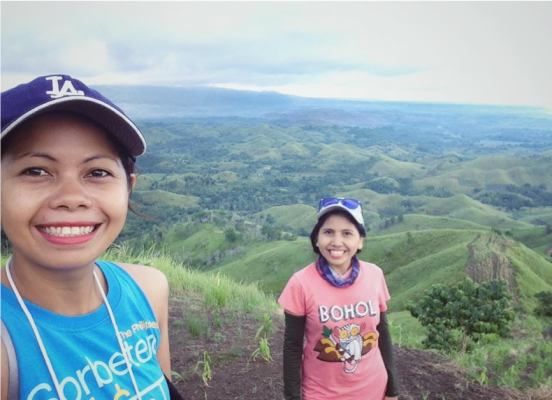 As we trekked leisurely we also talked about many things, particularly about nature and two hours later we made it to the top.

The landscape never disappointed her and my little uneasiness was totally gone. She was very happy of what she witnessed. Hill after hill covered in green so much that she called it “Green World”. 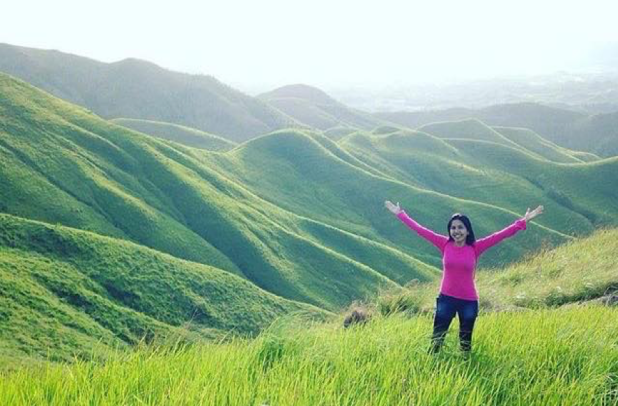 I took a beautiful photo of her in a perfect spot where she was surrounded with a sea of green. After a few shots and sightseeing we rested for a while at the DENR shack until, suddenly, a quick storm caught us and covered everything in mist. We were quite worried since it was only the two of us up there but we tried to remain calm and take refuge inside.

While waiting for the downpour to stop, I was kind of fascinated as I watched outside the strong wind blowing. I really can’t explain it but I wasn’t afraid at all. There was something telling me, don’t worry, be still –  just smile and everything will be alright.

Then the clouds gently lifted and slowly the landscape revealed itself, and a beautiful rainbow in the distance. We were both in awe and amazed. So lucky for us! We thought we would end our trek in gloom and rain, but then our Creator surprised us with a rainbow at the top. Life is sometimes unexpected and full of wonder. 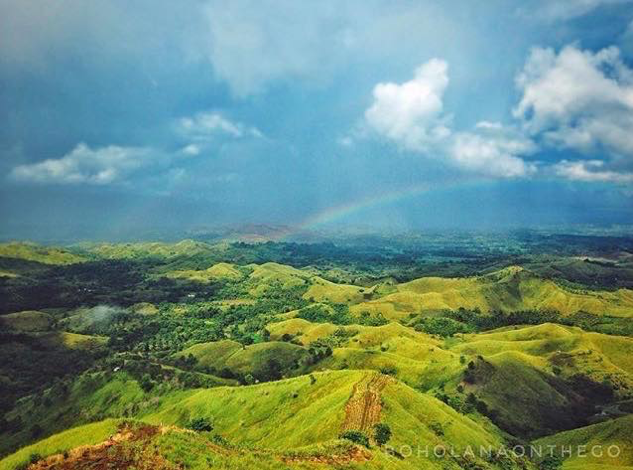 Both of us felt very blissful on that day. The bad weather followed by a beautiful rainbow the made our trek so much more meaningful and unforgettable.