My third stage on the Ibiza coastline walk was a hybrid one: half solo, half with my better self.It was also my second and last opportunity to start the hike from home, that is, Figueretas beach.

The first stretch took me to Platja d’en Bossa, where I enjoyed a wonderful stormy sky looming over tranquil waters. Hard to believe this is normally party central, really.

Corre des Carregador marked the beginning of the offroad, on a trail that was hard to follow, with occasional rainfall. No coves to write home about, but still a pleasant feeling to arrive to Es Cavallet on foot. Through the back door, as it were, at the same time as the delivery trucks were unloading their supplies for La Escollera restaurant.

And then yes, finally, I got to the tower, Torre de ses Portes. So often I’d seen it from Cala Pluma, but never had I taken the stroll. Check. 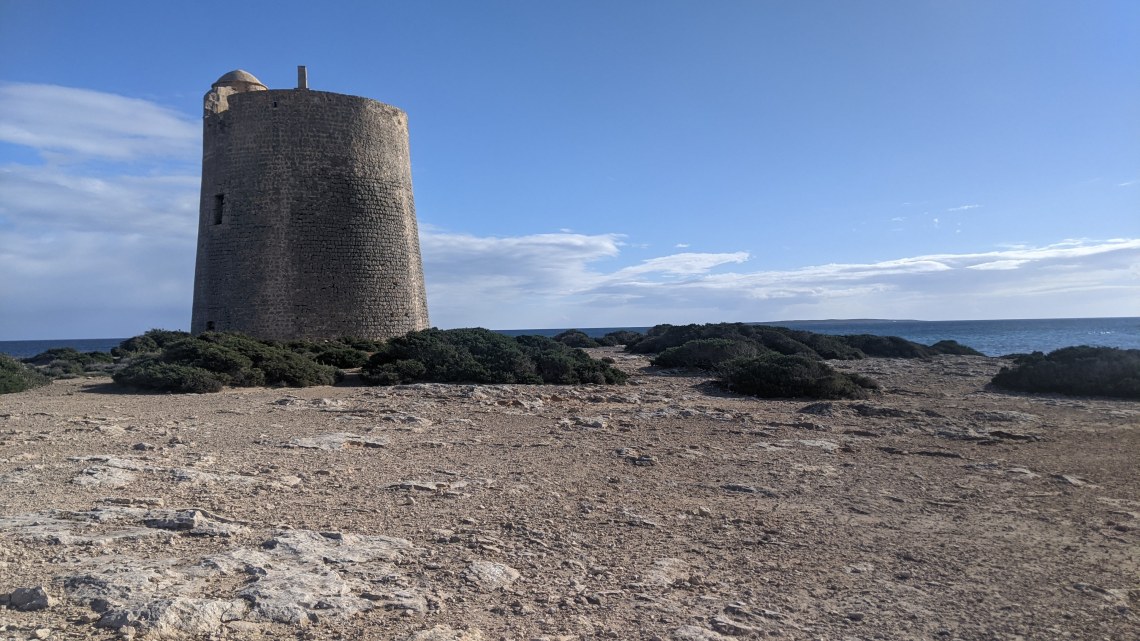 K. was waiting for me at Ses Salines. We ran to each other’s encounter, as a joke, only missing sunset skies and, perhaps, some wild horses in the background.

And, soon enough, we were crossing the small-not-even-a -village of Sa Canal. It was there that the wilder section of the trail began, an endless succession of steep ups and downs around the Caps de Falcó cape. A roller coaster, really, challenging for the heart on the ups, and the knees on the down. 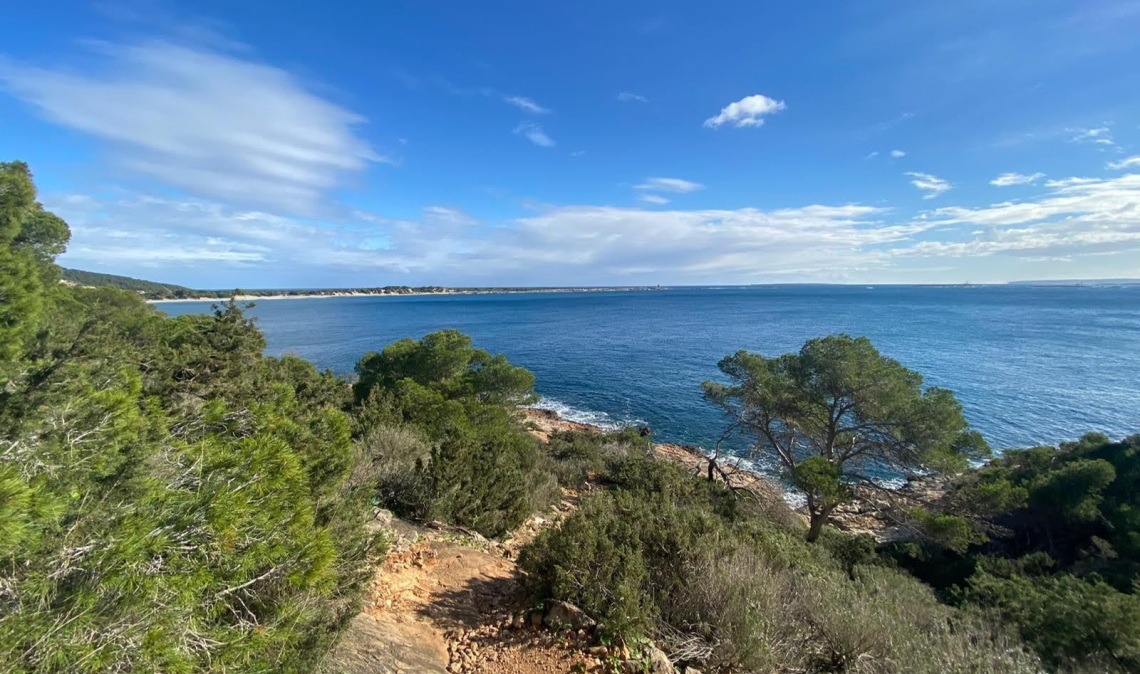 Really, this would be hell if we didn’t have such beautiful sea views, she said.

Hmm, I thought. It is tougher than I had expected.

We crossed two hikers walking the opposite direction. Germans, apparently.

Where are you guys headed for?

Well you should book at the restaurant there. Freshest fish on the island.

And most expensive, probably, muttered K. once they’d left. Forget about it.

Getting to the familiar Experimental Beach bar was a relief after so many ups and downs. Finally our knees could relax. But soon enough it was our feet that were put to the test, walking for several kilometers on the bouldery beach that separates the saltwater lake from the sea, en route to Es Codolar beach.

A tough section for the mind, too.

You know, this is totally unnecessary, K. said. The only reason to do something like this is to say you’ve done it, right?

I remained quiet. I knew K. was wrong, but I couldn’t put it into words. So I gave up.

I walked and I thought about it. In so many ways, I really was OK then and there, in silence, grinding my way through discomfort, keeping thoughts of illness and work at bay.

Luckily, the walk from Es Codolar to Sa Caleta took us back to the comforting world of singletrack, pine trees, coves and traditional piers.

Oh give us more of that! 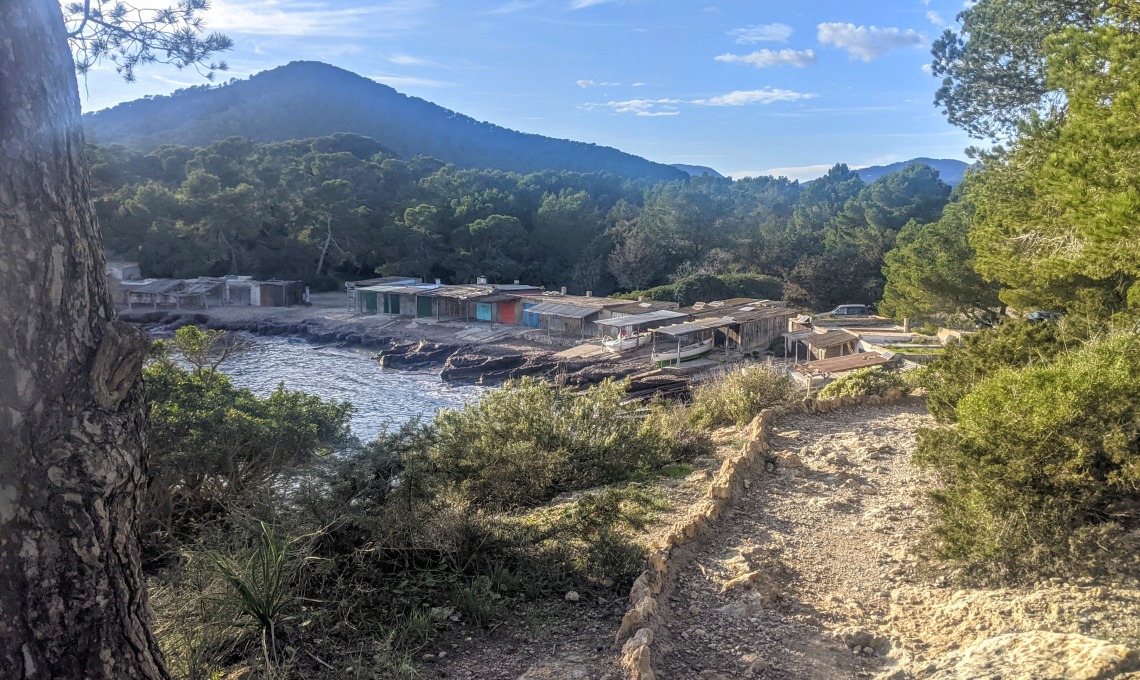