This is long overdue, but better late than never. I’ve read a lot about Thailand – partly to prepare my next trip, and largely to kindle the flame lit by the last one. It’s a diverse list, but so was my relationship with the Land of Smiles:

I’ve mentioned this awesome, no frills travel website in the past. I’ve followed its advice many a time, and never has it failed me. Some of its hits? Let me see…

Ko Kut, one of their favourite Thai islands…..and mine.

And, perhaps the best, Sangkhlaburi as a B-side destination – Oh I so love the suggestions of “alternative destinations”. 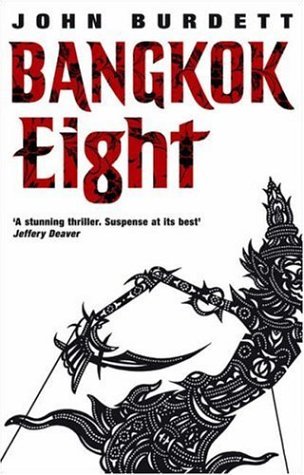 I discovered Burdett’s Thai saga after coming back from my first Thai trip. Somehow, reading about detective  Sonchai Jitpleecheep was a good way of staying in touch with Thailand until my next trip. Burdett is entertaining, but he’s also good on things Thai. I loved his (or Sonchai’s) thoughts on Buddhism, on bar girls, on the West. (I still remember his insistence on quoting the US Constitution – it’s not about happiness, but about pursuing it….Wow! Spot on!) And I have a weakness for Lek, Sonchai’s gay, proto-transexual sidekick.

Burdett’s novels were also highly informative on such poignant issues in Thailand as the struggle between army and police force, Southern Muslim fundamentalists, or yaa-baa, the supposedly onmipresent drug. My readings also taught me that I should go round a Buddhist stuppa three times, clockwise, which I ceremoniously did in Krabi.

Whatever your thoughts on the Thai sex industry, sex tourism or older farangs dating younger Thais, Stickman is worth a read. If only, to understand them a bit better.

Don’t get me wrong. StickmanBangkok is a website mainly written by men and for men. It features extensive reports by Stick himself on the state of the bar-girl industry, as well as photo shoots of different bars and the pretty females who work there.

Still. Stick is a good writer (self-acclaimed, “Your Bangkok commentator”), and his section, “Reader’s submissions” offers priceless accounts of expat, sexpat and traveler experiences in Thailand and, to a lesser extent, other countries in SE Asia.

I have to say that, for a while, I became highly curious and even sympathetic to the whole Farang-male-in his-mid-life-crisis-finds-love-in-Thailand setup. I almost bought into the “feminism is evil” interpretation of why Thai girls are, apparently, so much sweeter and attractive than their Western counterparts. (I actually wrote a bit about it, here.)

Well – as so many Stickman reader submissions show, the truth is not quite so simple. Thai girls are often slim and attractive, yes. Plus, their culture has taught them to be polite, and to smile in ways almost unbeknownst here in Farangland. However – let’s not kid ourselves, gents. Poor Thai girls are prone to seeing Farangs as walking ATMs, and love with a middle-class Thai girl, while possible, is often a sign that something went wrong in her past – just like in yours. Only that in her case it was not quite fair, but he whole society was conspiring against her – what with mia nois, widespread prostitution for Asians and other more subtle forms of male privilege at home and work. A word about it here.

But I’m digressing. Read Stick and then love, despise, or both. But do enjoy its vintage, year 2000 decor and an awful color scheme, and its freedom and openness to disagreement, which I feel evokes what we thought the Internet would be about two decades ago, before social media kicked in.

I still log in every month, and catch up on Bangkok news and Farang stories with the slightest tinge of nostalgia.